By Krista ReznikOctober 10, 2021 No Comments 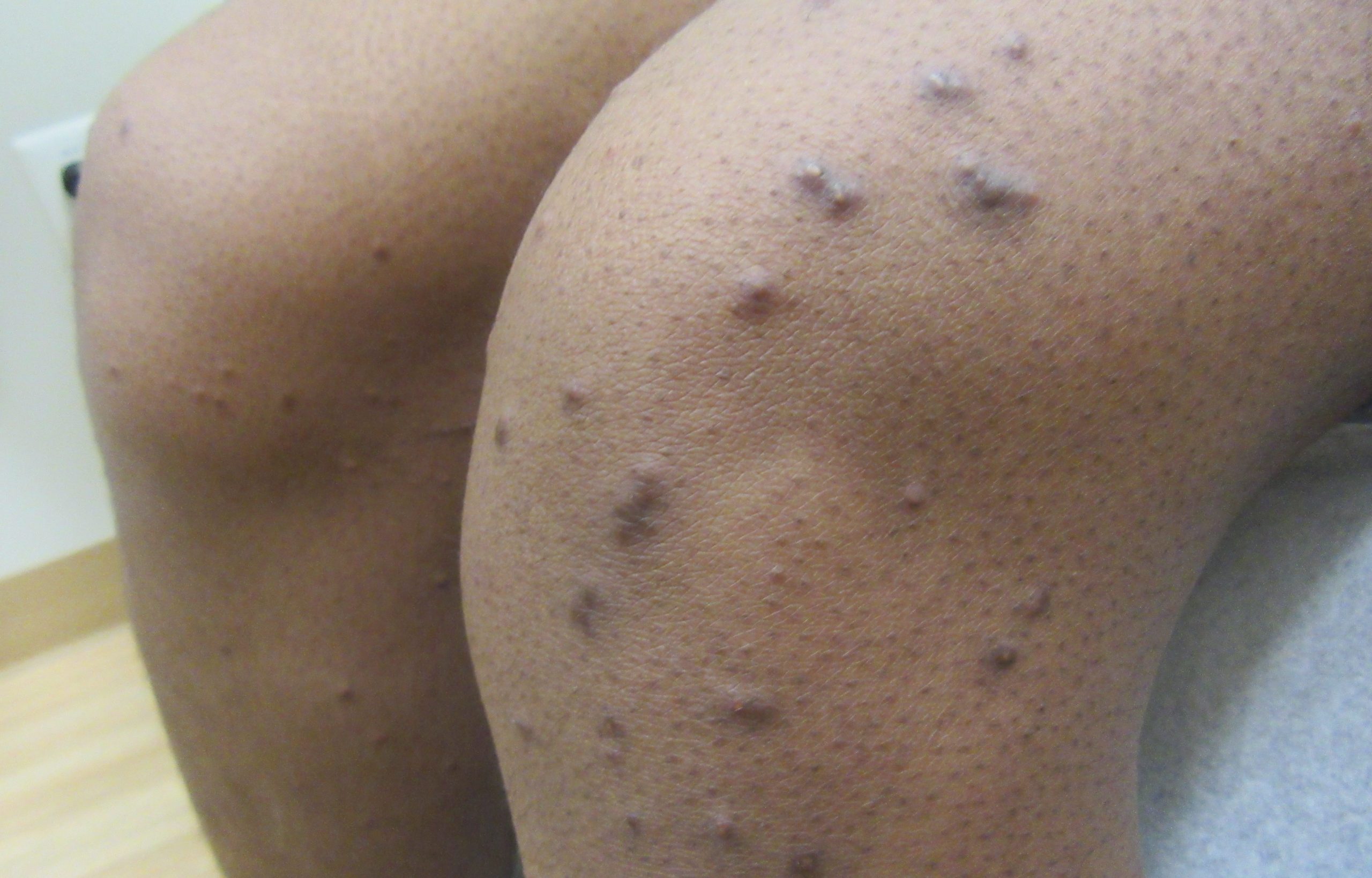 Patient is a 37 year old woman who presents with rash on the extremities for 3 months. The asymptomatic bumps started on the right elbow and subsequently spread to the left elbow and bilateral knees. She denies any other concerning symptoms.

Which of the following other laboratory findings is also most likely to be present?

This patient presents with crops of pink to yellow papules, some with an erythematous halo, about 1 to 5 mm in diameter distributed on the extensor surfaces of the extremities, most consistent with eruptive xanthomas.

Elevated hemoglobin a1c levels (A) above 6.5% are suggestive of diabetes mellitus, which is associated with impaired insulin activity. Deficiency or resistance to insulin both causes a decrease in lipoprotein lipase activity while thereby also contributing to hepatic overproduction of triglyceride-rich lipoproteins, both effectively serving to contribute to pathogenesis of eruptive xanthomas.1 Lipoprotein lipase is bound to capillary endothelium and is involved in both exogenous and endogenous pathways of triglyceride (TG) and cholesterol circulation. This enzyme releases free fatty acids to the peripheral tissues by catalyzing the hydrolysis of core TGs in circulating chylomicrons and VLDL molecules by way of complex interactions involving hormones, including insulin, and apoproteins, including apo C-II.1 The etiology of eruptive xanthomas is intricately related to deficiency of lipoprotein lipase activity and hepatic overproduction of TG-rich lipoproteins, both of which can result or be worsened by impaired insulin activity.1 Other environmental factors playing important roles in the appearance of eruptive xanthomas include: hypothyroidism, alcohol abuse, estrogen replacement therapy, systemic retinoids, anti-retroviral therapy, olanzapine, and azacitidine.1,2

Low thyroid-stimulating hormone (B) is suggestive of hyperthyroidism. Although hypothyroidism has been shown to be a contributing factor to the presentation of eruptive xanthomas, hyperthyroidism is not a common trigger.1,2 Common dermatologic findings associated with hyperthyroidism include pretibial myxedema, hyperhidrosis, flushing, diffuse hair thinning, onycholysis, and Plummer’s nail.3

Diabetes insipidus is characterized by the laboratory findings of elevated serum sodium & osmolality along with decreased urine osmolality & specific gravity (D), and has been associated with both xanthoma disseminatum and Erdheim-Chester disease, both non-Langerhans cell histiocytoses (LCH).1 Xanthoma disseminatum is a normolipemic type of non-LCH which presents with a triad including cutaneous xanthomas, mucosal xanthomas, and diabetes insipidus.1 Xanthomas in this condition more commonly present with symmetric flexural and intertriginous involvement, however. Erdheim-Chester disease is another non-LCH which may also present with diabetes insipidus, along with fever, multiorgan involvement, other neurologic symptoms, and bone lesions and fractures.1 Although this condition may present with red to brown to yellow indurated plaques and nodules, skin involvement is infrequent in this rare condition. Both of these conditions are also much less likely in this patient with no other concerning symptoms. 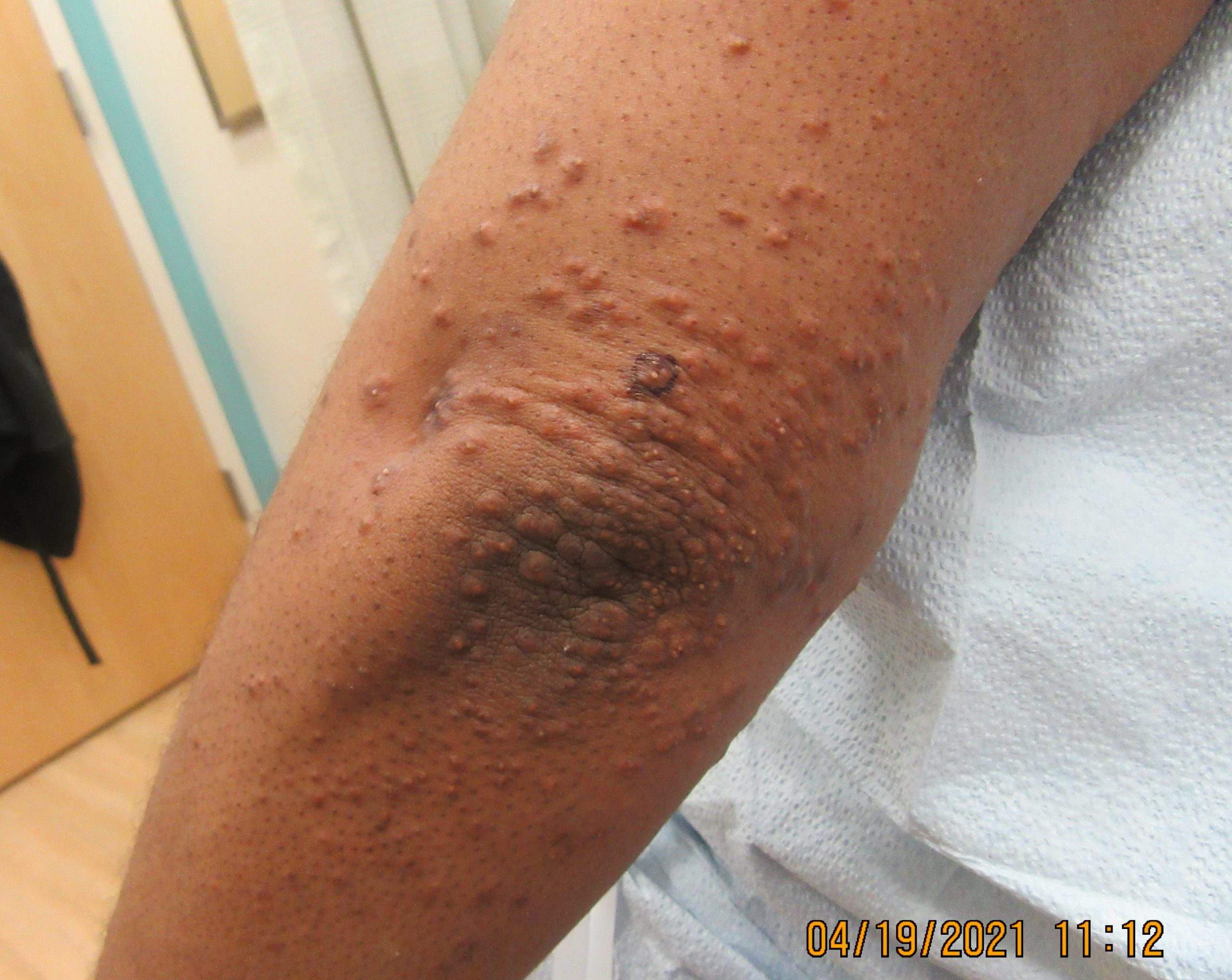 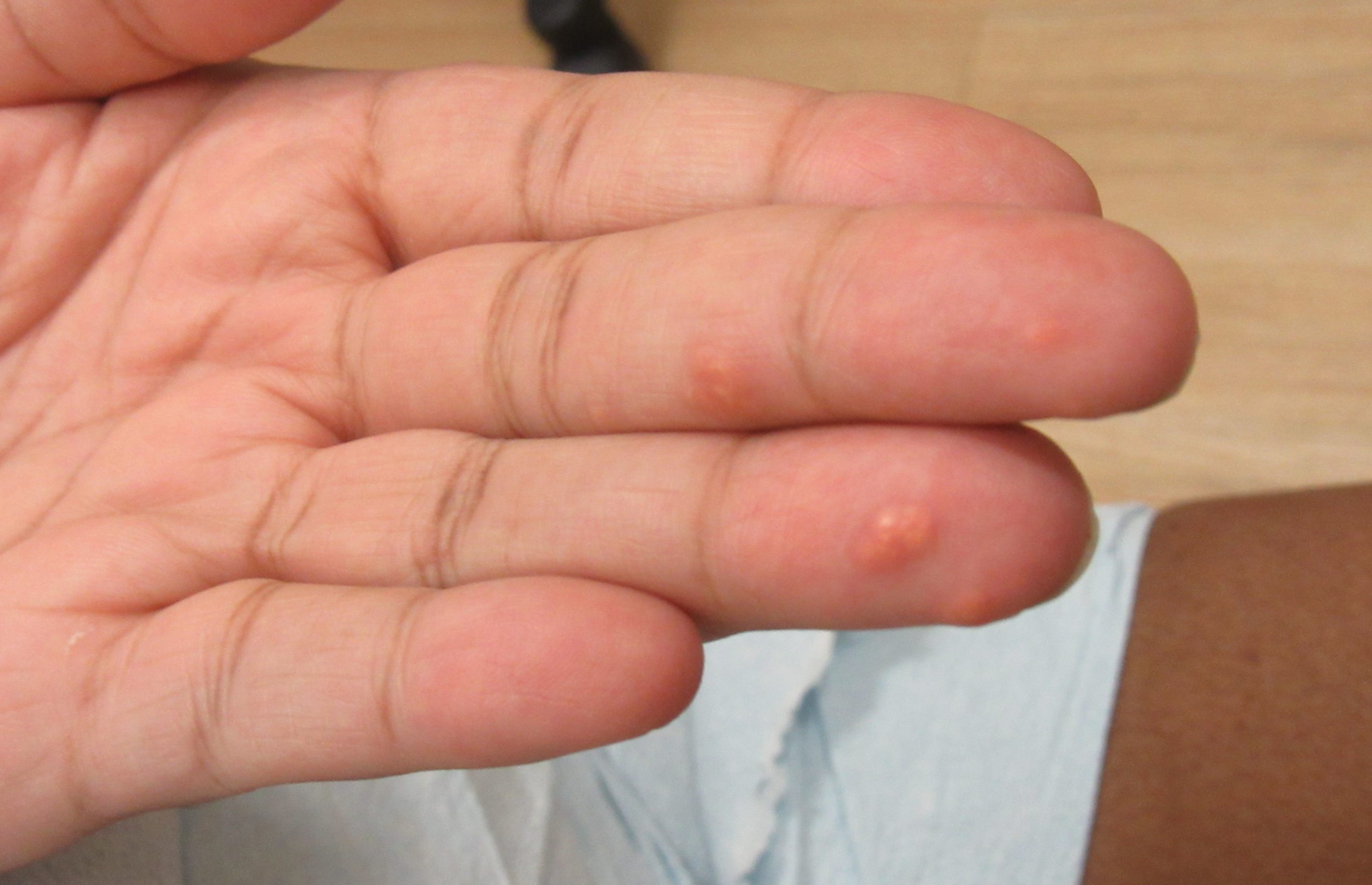