By Krista ReznikMarch 4, 2021 No Comments 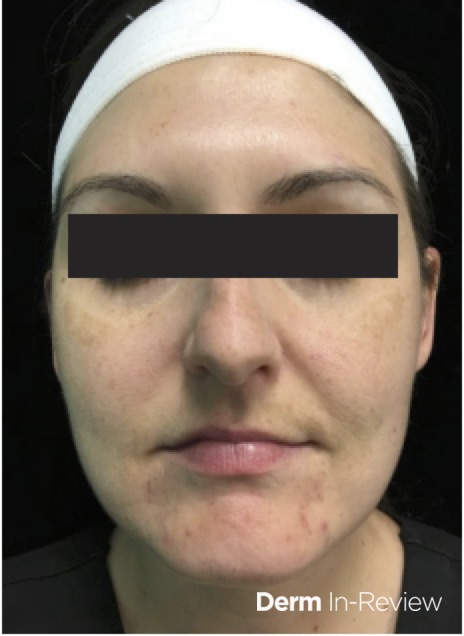 A 27-year-old-female with no past medical history presents for follow-up of acne. She was last seen three months ago where she was started on tretinoin cream nightly and benzoyl peroxide wash every morning. Despite use of topical medications, she reports continued flares of acne particularly around menses. On exam, she has erythematous to pink papules along the chin and jawline (Figure 1). Ultimately, she is started on spironolactone.

What is the appropriate lab monitoring for this patient?

Spironolactone is FDA approved for management of hypertension, hypokalemia, primary hyperaldosteronism, and fluid retention resulting from cirrhosis and congestive heart failure. For dermatologic conditions, spironolactone is used as off-label therapy for hormonal acne, androgenic alopecia, hirsutism, and hidradenitis suppurativa.2 Side effects of this medication include gynecomastia, menstrual irregularities, hypotension, agranulocytosis, and hyperkalemia.

Previously, due to perceived risk of hyperkalemia, many prescribers would monitor serum potassium levels of patients on spironolactone therapy. However, it has been shown that hyperkalemia occurs much less frequently than previously assumed.4 Thus, it has been suggested that healthy women under the age of 45 do not need routine serum potassium monitoring.5 Clinicians should consider routine serum potassium monitoring for women over the age of 45, those with cardiac or liver disease, or those taking other medications that can increase risk of hyperkalemia.5 In this clinical case, the patient is under the age of 45 with no other chronic medical conditions. Thus, the appropriate answer “no lab monitoring required.”