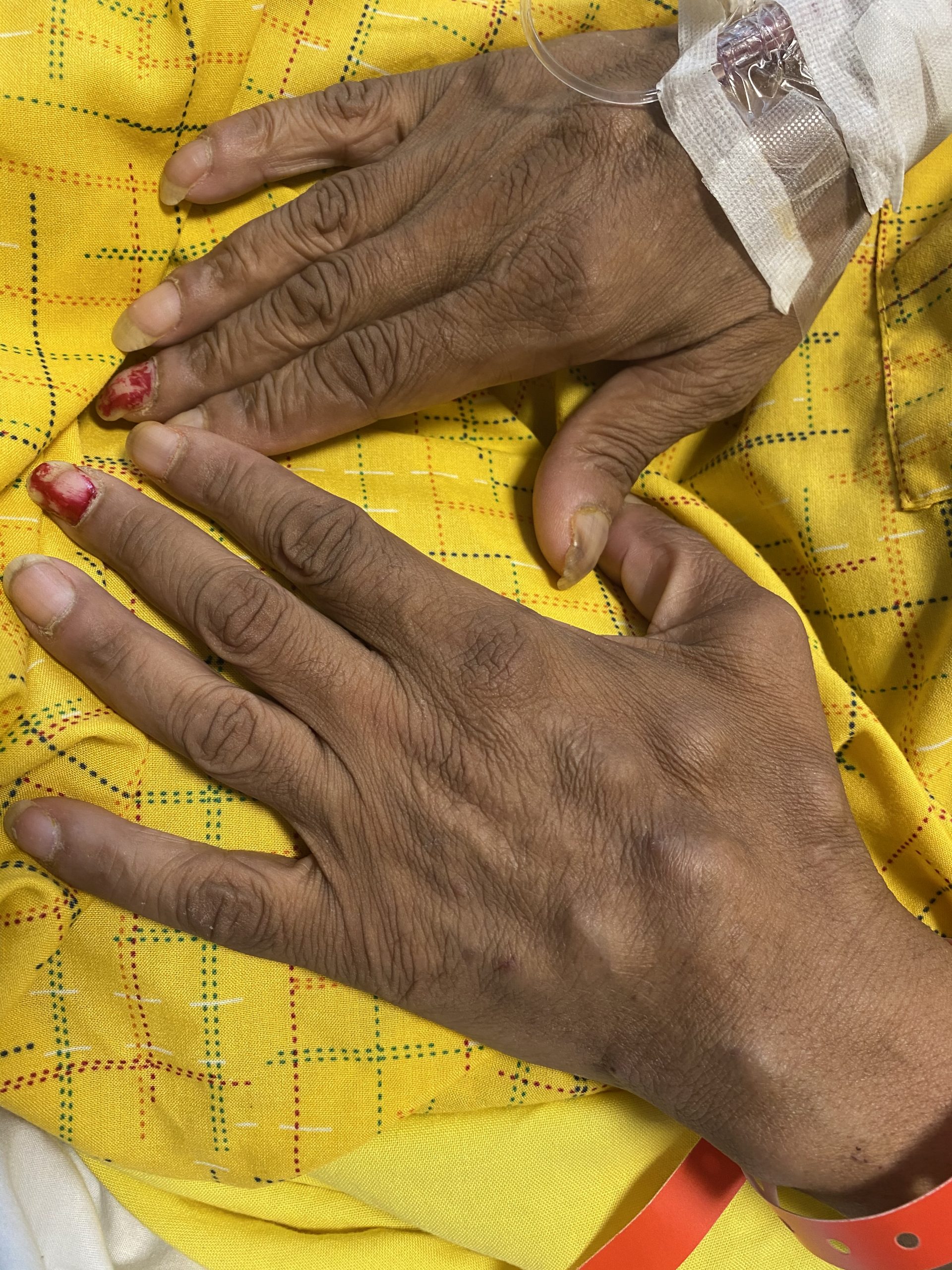 By Krista ReznikDecember 14, 2020No Comments

A 62-year-old female presents with a three week history of rash affecting the upper and lower extremities. On physical examination, subcutaneous nodules and multiple pink to purple scattered papules are noted on the distal upper extremities and the lower extremities extending from the outer thighs to the mid-anterior thighs bilaterally (Figures 1 & 2). The patient reports that some of the subcutaneous nodules are tender. She has not used any previous treatments. She has no family history of chronic diseases, including skin or autoimmune disease. She reports recent shortness of breath and mild cough, but otherwise, has been feeling well with no fevers, chills, night sweats, unexplained weight loss, abdominal pain, nausea, vomiting, diarrhea, headaches, or joint pains.

Blood work was notable for elevated erythrocyte sedimentation and chest x-ray was notable for only bilateral hilar lymphadenopathy. Two separate four millimeter punch biopsies were performed, and showed non-caseating epithelial granulomas throughout the superficial and deep dermis which lacked significant inflammatory rim of lymphocytes or plasma cells. Star-shaped eosinophilic inclusions of collagen were also seen. Brown-Hopps, Fite, and Gomori methenamine silver special stains were conducted on both biopsies and were negative for microorganisms.

Further investigation into the patient’s medical history is most likely to provide evidence for which of the following?

Anti-retrovirals in HIV patients have been shown to lead to possible drug-induced sarcoidosis.1,2 Furthermore, development of cutaneous sarcoidosis has been described as a feature of immune reconstitution syndrome in HIV patients initiating antiretroviral therapy.2 Although ribavirin and interferon-α treatment for hepatitis C have been associated with sarcoidosis onset, no such association has been made with the hepatitis C treatments of sofosbuvir or ledipasvir.3,4

Cutaneous Crohn’s disease (E) can present with manifestations such as erythema nodosum, pyoderma gangrenosum, pyostomatitis vegetans, epidermolysis bullosa acquisita, and acrodermatitis enteropathica. There may be genital, perianal, or oral involvement. Cutaneous Crohn’s occurring away from the perianal, genital, or oral areas is rare, and more often affects the lower extremities and soles of the feet, with less common involvement of the upper extremities. Histopathology often shows non-caseating tuberculoid granulomas with an inflammatory rim of lymphocytes in the superficial and deep dermis, along with frequent Langerhans giant cells. 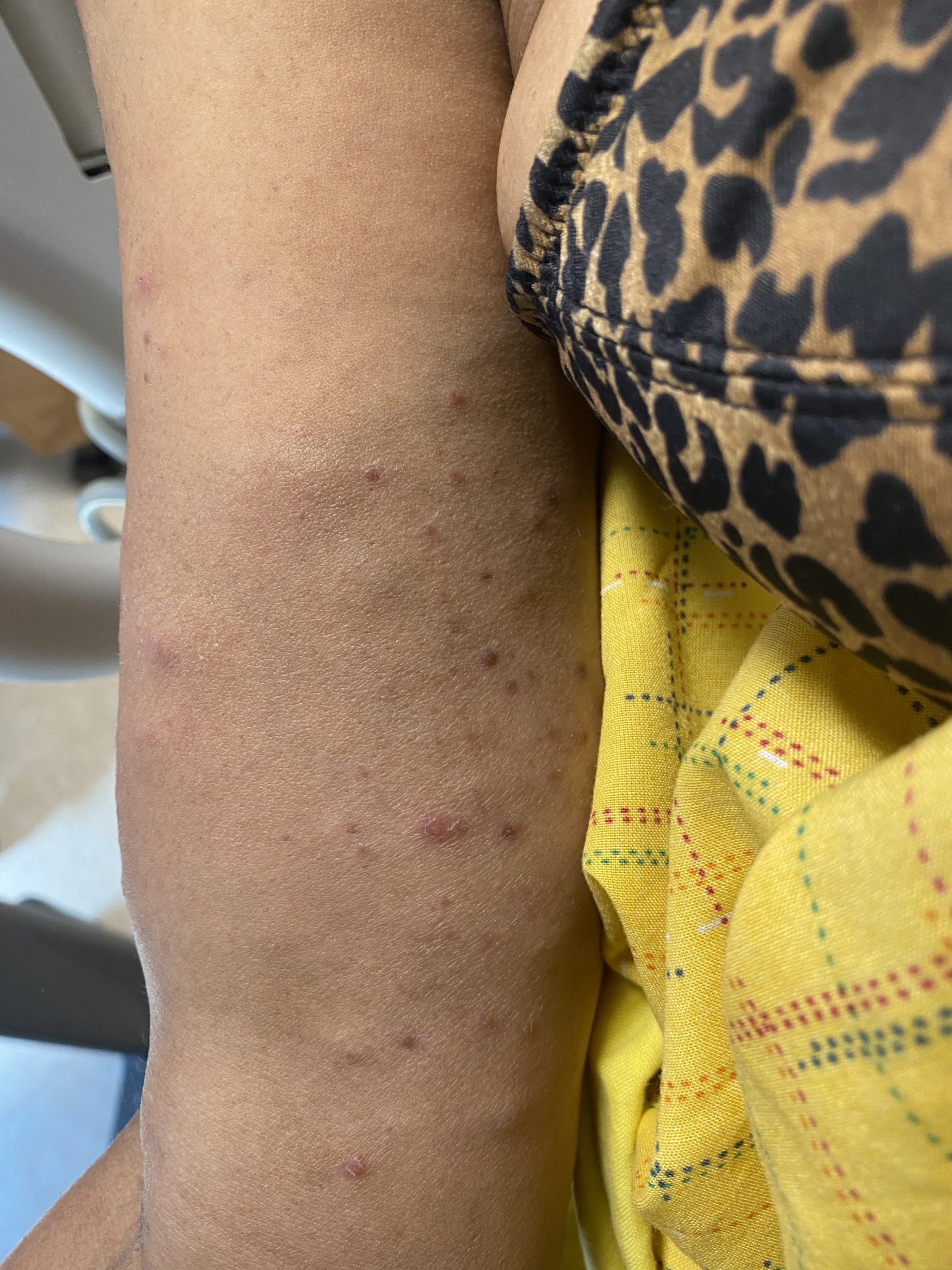