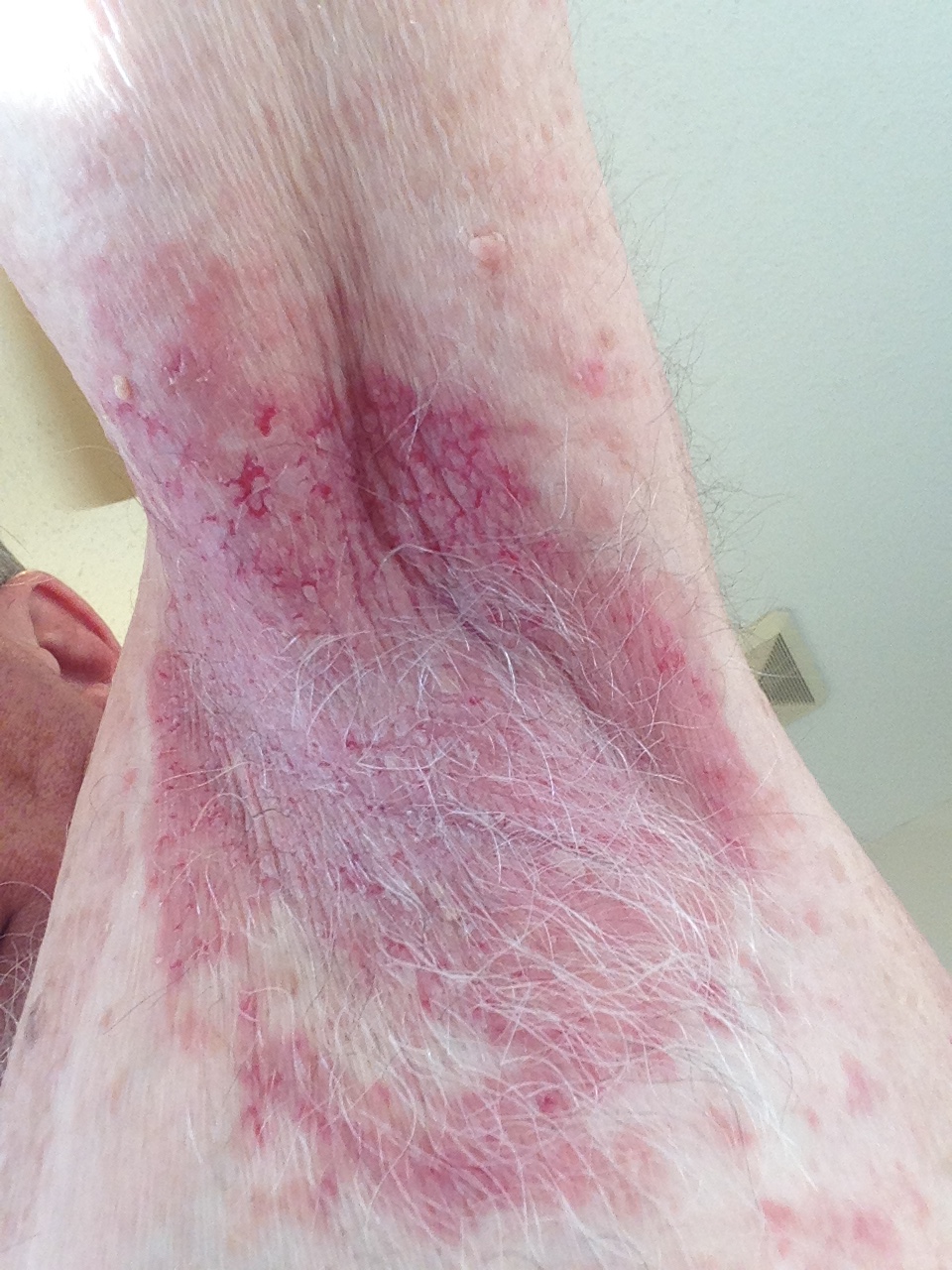 A 57-year-old male was referred to the outpatient dermatology clinic for the evaluation of a 9-year history of recurrent pruritic and painful vesicles and erosions of bilateral axillae. He had been treated in the past by his primary care physician with topical and oral steroids, as well as topical antibiotics with only mild temporary improvement of symptoms and in the appearance of the lesions. Patient had a history of hyperlipidemia but denied history of any other cutaneous or autoimmune conditions. Patient was adopted and had no information on family history. Physical examination revealed macerated erythematous plaques with fissuring and erosions on bilateral axillary vaults.

Based on the history and physical exam, which of the following is the most likely diagnosis?

Hailey-Hailey disease (HHD), also known as benign familial pemphigus, is a rare autosomal dominant intraepidermal blistering disorder characterized by flaccid vesicles or bullae in a circinate pattern, arising on intertriginous areas such as the neck, axillae, inframammary region, perineum and inguinal folds. Clinically, patients most often present with painful and pruritic erythematous macerated plaques with fissures and crusting that can frequently be superinfected and malodorous. Onset is typically between the second and fourth decades of life and patients often experience a variable course with relapses and remissions. Relapses tend to recur at sites of prior involvement and lesions tend to be exacerbated by heat, sweat, friction and stress.  Lesions typically heal without scarring but often cause post-inflammatory hyperpigmentation.

HHD is caused by a mutation in the ATP2C1 gene which encodes a calcium-dependent adenosine triphophatase responsible for regulating the sequestration of calcium in the Golgi apparatus of epidermal cells. Defect in this protein leads to impaired function of desmosomes, which causes keratinocyte adhesion defects and acantholysis. Histopathology shows acanthosis and full-thickness acantholysis resembling a “dilapidated brick wall.”

Among the other answer choices, Darier disease normally presents earlier in life and lesions typically start as red-brown papules or plaques rather than vesicles or bullae. Darier disease may also have mucosal involvement while HHD does not. Intertrigo can resemble HHD, however these erythematous patches are commonly seen in the intertriginous areas of obese individuals and will lack the family history typically seen in HHD. Candidiasis has a more beefy-red appearance and typically has satellite pustules. Granular parakeratosis most commonly presents as red to brown hyperkeratotic papules that can coalesce into well-demarcated plaques and is typically seen in the axillae of females.