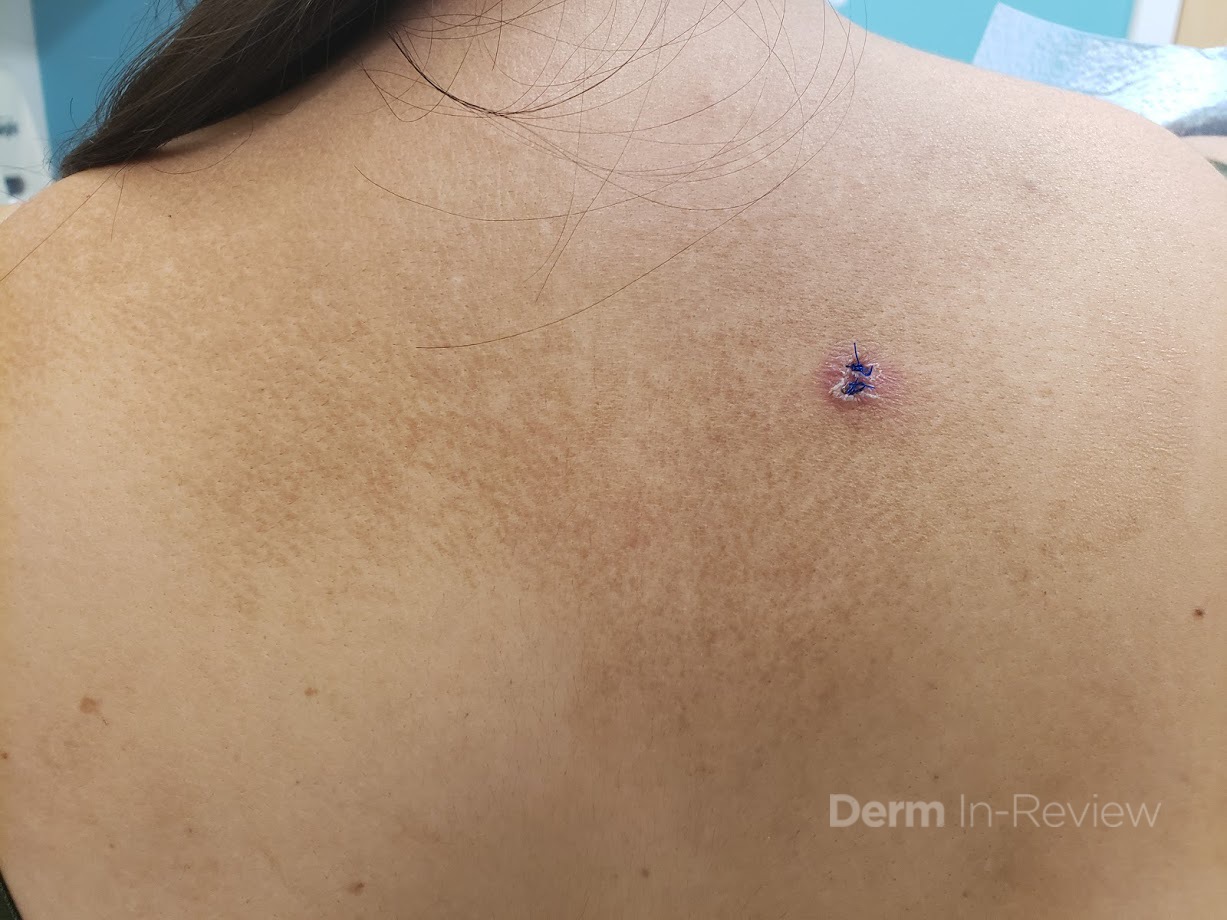 A 43-year-old woman presents with a hyperpigmented patch on her back. It has been stable for 3 years, and the patient admits to scratching the area frequently. She has tried various over the counter creams without improvement of her symptoms. She denies involvement elsewhere on her body. Biopsy of the rash showed dermal melanophages and a homogenous, eosinophilic material deposited in the papillary dermis.

Which of the following disorders is associated with this cutaneous finding?

Macular amyloidosis is one of the primary cutaneous amyloidoses. It is most commonly found on the upper back and is associated with chronic scratching or rubbing. There is often a characteristic rippled pattern to the rash. The diagnosis can be confirmed by skin biopsy, which shows keratinocyte-derived amyloid deposited within the papillary dermis. Other forms of primary cutaneous amyloidosis include lichen and nodular amyloidosis.

Multiple endocrine neoplasia type IIA (MEN IIA), or Sipple syndrome, is a disorder characterized by parathyroid hyperplasia, medullary thyroid carcinoma, and pheochromocytoma. It is an autosomal dominant disorder due to a mutation in RET, which encodes a tyrosine receptor kinase. Cutaneous features of MEN IIA include macular amyloidosis, lichen amyloidosis, and notalgia parasthetica.

Multiple endocrine neoplasia type I, or Wermer syndrome, is a syndrome with pituitary gland adenomas, parathyroid tumors, and pancreatic tumors. Collagenomas, facial angiofibromas, hypopigmented macules, café-au-lait macules (CALMs), and lipomas are its common cutaneous findings. In pachyonychia congenita, patients have onychodystrophy, keratoderma, and plantar pain. Other findings include benign oral leukoplakia in type I and steatocystomas and natal teeth in type II. Dyskeratosis congenita can have dyspigmented patches; however, these are often reticulated or poikilodermatous and typically found on the face, neck, or upper trunk. McCune-Albright syndrome has large café-au-lait macules, polyostotic fibrous dysplasia, and endocrine dysfunction. However, the CALMs would not have the rippled appearance as in the figure shown.