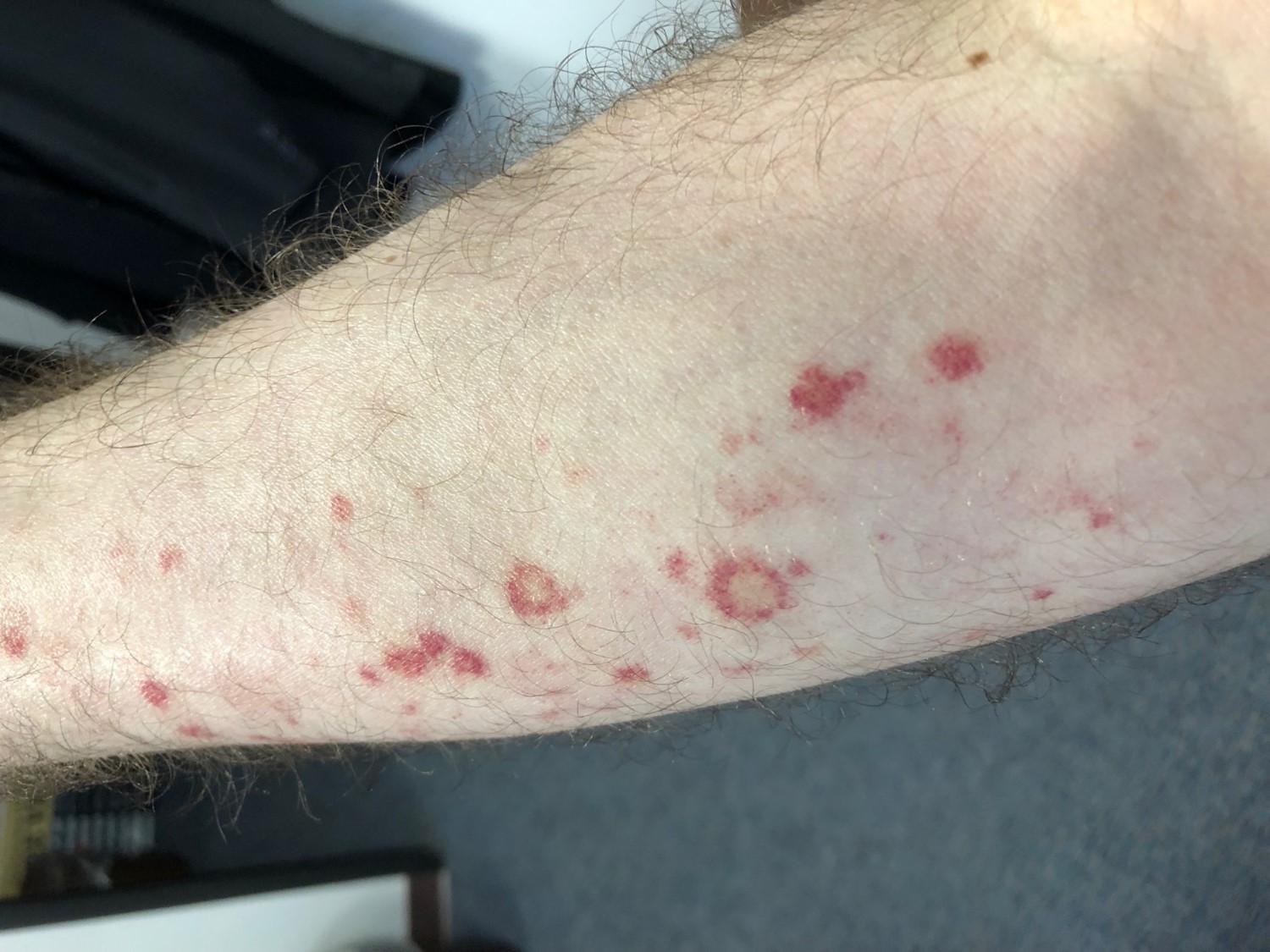 A 46-year-old man presents with a 6-month history of an asymptomatic rash on his right arm. Prior therapies include topical steroids, emollients, and a 10-day course of prednisone. None of these treatments were effective. Patient denies any history of cutaneous disease, and his medical history is unremarkable. He denies any other systemic symptoms or changes in medications. His clinical presentation and biopsy findings on H&E are shown below. T-cell receptor gene rearrangement study was negative.

Which of the following is the most likely diagnosis?

Purpura annularis telangiectodes of Majocchi is one of the subtypes of pigmented purpuric dermatosis (PPD). PPD is a benign cutaneous manifestation often characterized by cayenne pepper-like petechiae and purpura with yellow-brown hyperpigmentation. There are no associations with coagulopathies or thrombocytopenia. PPD most commonly presents on the legs but can also appear on the upper extremities and trunk. Purpura annularis telangiectodes of Majocchi is clinically characterized by pinpoint telangiectatic macules in an annular configuration.

Other subtypes of PPD besides purpura annularis telangiectodes of Majocchi include Schamberg disease, lichenoid purpura of Gougerot and Blum, Eczematid-like purpura of Doucas and Kapetanakis, and lichen aureus. Histologically, PPDs are characterized by extravasated erythrocytes in the papillary dermis, perivascular lymphocytic infiltrate, and minimal epidermal change. Perls’ Prussian blue stain is often positive for hemosiderin deposition within the dermis.

Pemphigus foliaceous presents as superficial blisters and crusted erosions. Histologically we would see acantholysis in the upper epidermis, and DIF would demonstrate IgG and C3 deposition within the epidermis. Leukocytoclastic vasculitis is characterized by palpable purpura, and common pathologic features include perivascular neutrophilic infiltrate with leukocytoclasia, fibrinoid necrosis, and extravasation of red blood cells. PPDs are considered a T-cell dyscrasia by some, and it can present similarly to poikilodermatous mycosis fungoides. However, we would expect the T-cell receptor gene rearrangement to be positive. Angioma serpiginosum is a benign vascular malformation most common in young females and usually presents as grouped red macules and telangiectasias in a serpiginous or linear pattern. 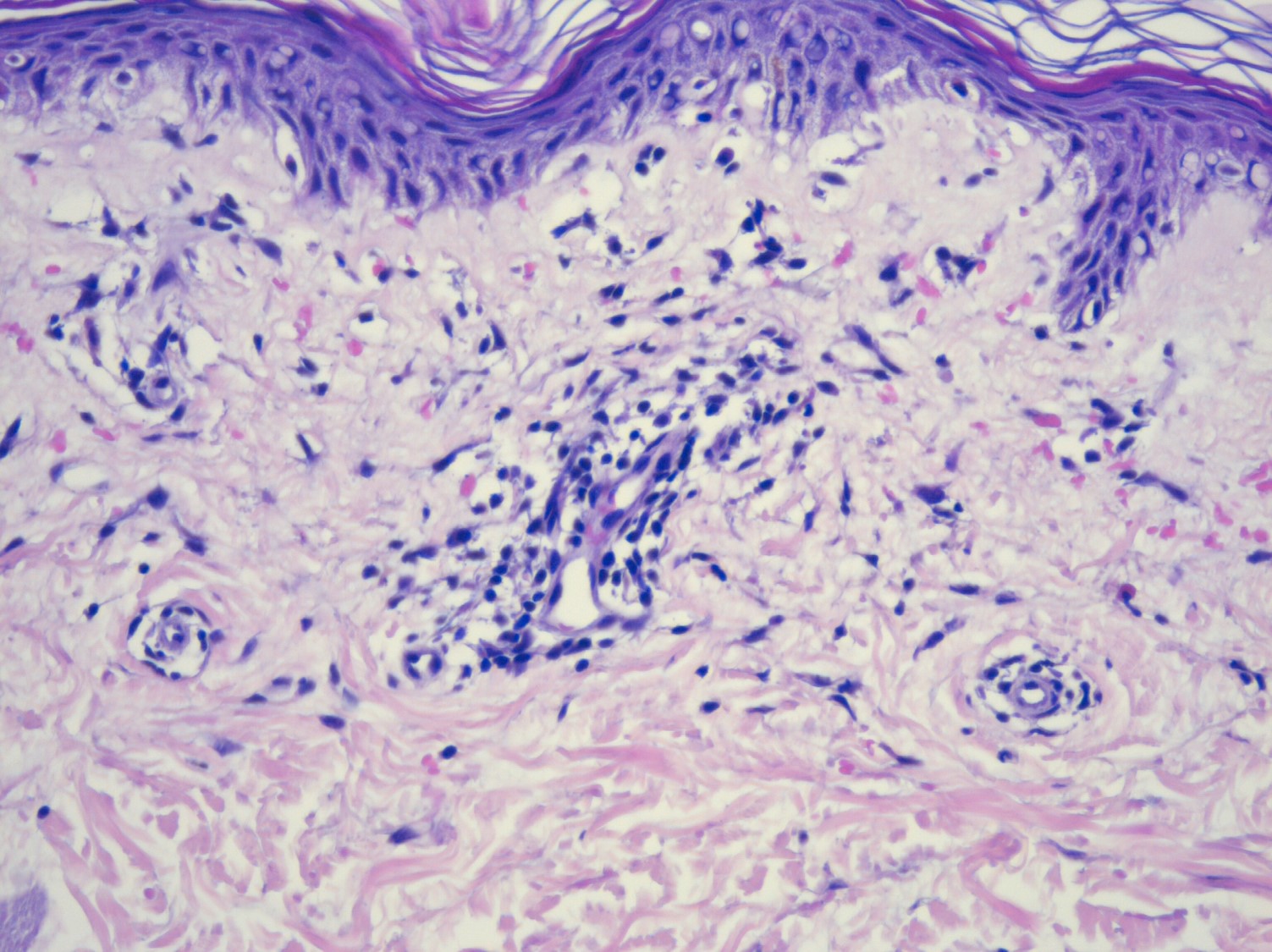