By Krista ReznikFebruary 7, 2020 No Comments 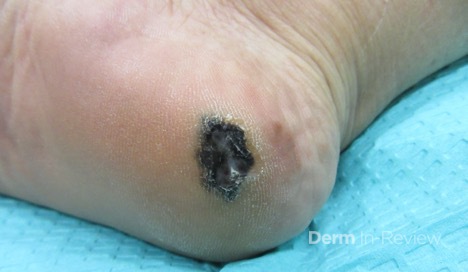 77 year old woman with no personal or family history of skin cancer presented with a lesion on her R heel that she noticed 2 months prior. She had not noticed any growth of the lesion and it was not tender. On physical exam she had a 1.2 x 0.9 cm dark brown/black plaque with hyperkeratosis on the R plantar heel with no lymphadenopathy (Image 1).  On pathology, there was an asymmetric proliferation of atypical melanocytes disposed as nests and single cells present within the epidermis of volar skin and a dermal component identified to 1.2 mm with ulceration. She underwent wide local excision and sentinel lymph node biopsy, which was positive for two lymph nodes with microscopic invasion.

Based on the following information: What is the patient’s pathological tumor stage and overall AJCC8 stage? 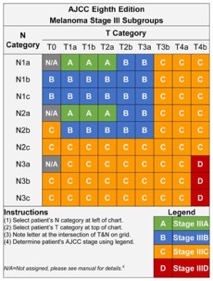