By Krista ReznikOctober 24, 2022 No Comments 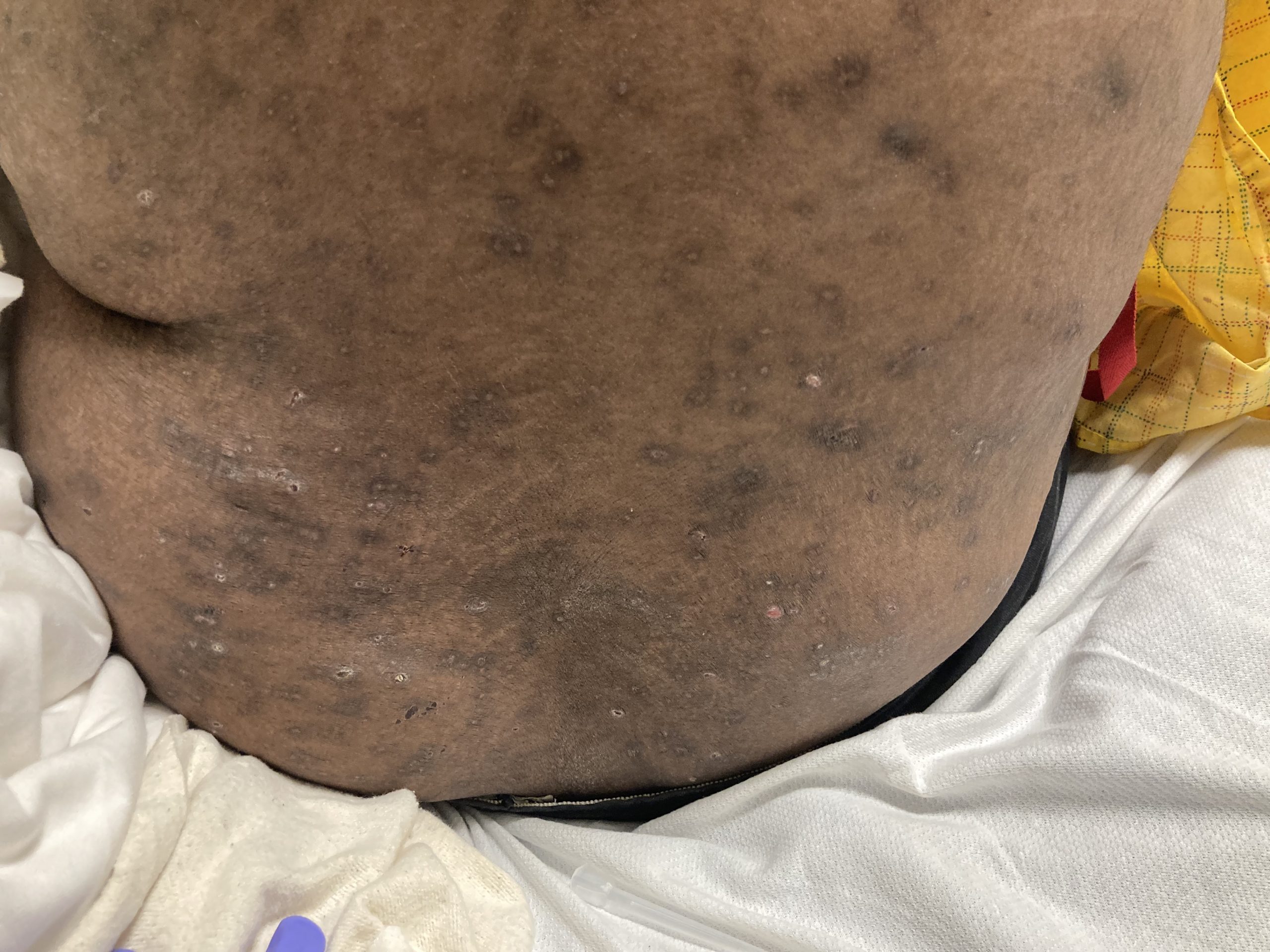 A 36-year-old male with a past medical history of HIV/AIDS (CD4 count of 3) presented with a diffuse pruritic rash of several weeks duration. The rash started on his arms and then spread to his legs, back, and chest. On examination, the patient had innumerable papules of varying morphologies, including many lichenified papules with keratotic cores (figure 1). A punch biopsy was done of a papule on the leg (figure 2).

Based on the clinical presentation and biopsy findings, which stain would be most useful to highlight the underlying pathology? 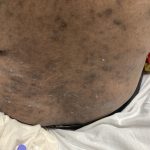 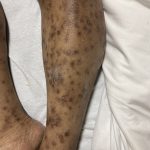 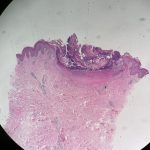 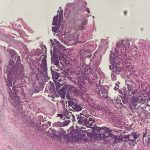 Given the papules with central keratotic cores present on exam and pathologic finding of a crateriform erosion with collagen extrusion, the patient was diagnosed with acquired perforating dermatosis in the setting of HIV. The clinical findings are due to the transepidermal elimination of collagen through the epidermis; the extruded collagen can be stained red with the Verhoeff–Van Gieson stain (choice B). This entity is classically seen in the setting of chronic kidney disease, often requiring dialysis, and diabetes mellitus, most often with associated nephropathy.1 Acquired perforating dermatosis can also be seen due to numerous medications (TNFα inhibitors, epidermal growth factor inhibitors, sirolimus, or antivirals like indinavir)1,2 and has been reported in the setting of HIV.2–4

Acquired perforating dermatosis most commonly occurs on the legs but can be generalized, as in our patient. The head is typically minimally involved and it spares the palms/soles, intertriginous areas, and mucous membranes.4  Papules and nodules are seen, with the biggest clue to the diagnosis being the central keratotic cores.1 The eruption is very pruritic; scratching can trigger further disease via the Koebner phenomenon, and the microtrauma induced by scratching may also trigger focal degeneration of collagen, contributing to the pathogenesis.2 In addition to skin trauma, increased growth factors, such as TGF-β, and fibroblast activity may also play a role in the disease.2 On histopathology, a well-circumscribed, cup-shaped depression bordered by epidermal hyperplasia is seen with vertically-oriented, degenerated, basophilic collagen fibers extruding through the epidermis.2,5